The 15th annual Senior Project, organized by the LHS Class of 2014, was called the Tuffy Run.  The event was held on Sunday, April 27 at Redbird Stadium, and it included an Extreme Run and a Fun Run.  The event raised $2,198 for the L-P School Foundation.  Participants and spectators also donated over 250 items to the Helping Hand food pantry.

The Extreme Run was approximately 2.4 miles long and included six obstacles.  A total of 31 runners competed, and trophies were awarded to the first place finishers in three age divisions.  Emma Hinkle won the student division, Andi VanSickle topped the Under Age 40 division, and Brad Porter triumphed in the Over Age 40 division.

Extreme Run participants had to hurdle bales of straw, climb over two large round bales, walk backwards on a balance beam, crawl through a sand pit, complete a tire agility course, and crawl through a 20-foot long culvert pipe.

The Fun Run included eight “Minute to Win It” type challenges as two-person teams completed one lap around the track.  The challenges faced by the 24 participants included a High Heel Walk, Three Legged Race, Oreo Cookie Challenge, Egg Carry, Hurdles, Barrel of Monkeys, Panty Hose Bowling, and Ping Pong Booty Box.  This event was open to anyone in the first grade or older.  The Fun Run did not declare any winners or losers, and each participant received a goody bag after completing the course.

One week after the Tuffy Run, cow patty bingo was held at the farm of Jon and Lori Byers.  For about an hour, their 2200-pound bull named Gauge roamed a pasture marked with grid lines before ultimately leaving his mark on the three winning squares.  Ann Itschner, mother of senior Michael Itschner, won the $200 first prize, Gene Heller donated back his second prize winnings of $100, and Ron Farquhar collected the $50 third prize.  The L-P School Foundation thanks Jon and Lori for helping with this event.

Finally, the L-P School Foundation congratulates the Class of 2014 for organizing these events, and for doing good things in our community! 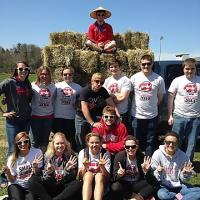 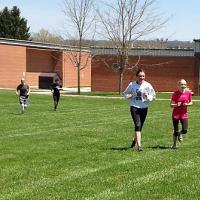 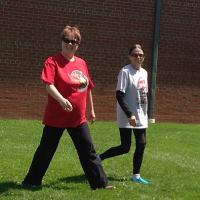 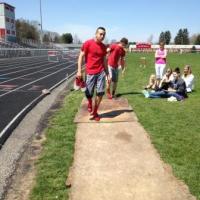 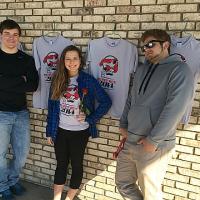